(CNN)Most travelers never get further south in Thailand than Phuket.

They're missing out on some of the most intriguing cities in the kingdom.

From a century-old coffee house to Thailand's very own Little Mermaid statue, the southern metropolises of Trang, Songkhla and Hat Yai are worth exploring.

The best time to visit is during the cool season of November to February.

Getting there: Via Trang Airport (direct flights to and from Bangkok only) 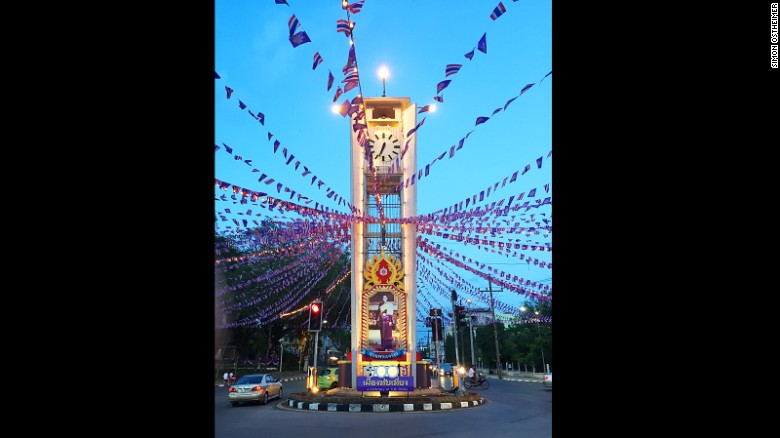 Trang's clock tower is a popular meeting point for locals.

The capital city of the province that bears its name, Trang is the living definition of a sleepy railway town.

Located southeast of Phuket, the city owes its importance to the series of tracks that connect Laos to Singapore.

These days it's mainly a stopoff point for backpackers on their way to the islands offshore.

Thanks to the Chinese workers who migrated here in the 19th century, Trang has similar Sino-colonial architecture as that found in Phuket.

Many of the immigrants made their fortune from the rubber trade.

The very first rubber tree in Thailand -- imported from Malaysia -- was planted here in 1899. It's still standing on a road leading out to Kantang.

The festively decorated clock tower, which stands at the top of the main street, Rama VI, is one of the most iconic structures in Trang.

But the principal attraction here is the local kopi (coffee in Hokkien Chinese) shops.

On the corner of Rama VI and Soi 1, Yue Chiang has occupied the same wooden home for more than 100 years.

It serves the same distinctive strong coffee and fiery hot southern-style curries that generations have enjoyed.

Next to Trang train station, on the corner of Kantang Soi 4 and Sathani Road, is the slightly newerKopi 1942 -- opened, as it's name suggests, in the 1940s.

This is the place to enjoy dim sum, dumplings and, yes, more coffee.

On weekends, the parking lot in front of the train station becomes a heaving night market, with stall after stall selling local foods, fashion and handicrafts.

A 20-minute drive south of the city is the Peninsula Botanic Garden (known in Thai as "Thung Khai").

This huge nature preserve is a great place to hike in the woods, but even better is the canopy walk, where a series of walkways take you higher and higher up into the treetops.

For the perfect local souvenir, Trang sponge cake comes in a variety of interesting flavors, including the notoriously pungent durian fruit.

Getting there: Direct flights from Kuala Lumpur, Singapore and Bangkok to Hat Yai Airport. From there it's a 50-minute (THB500/$14) taxi ride to Songkhla. 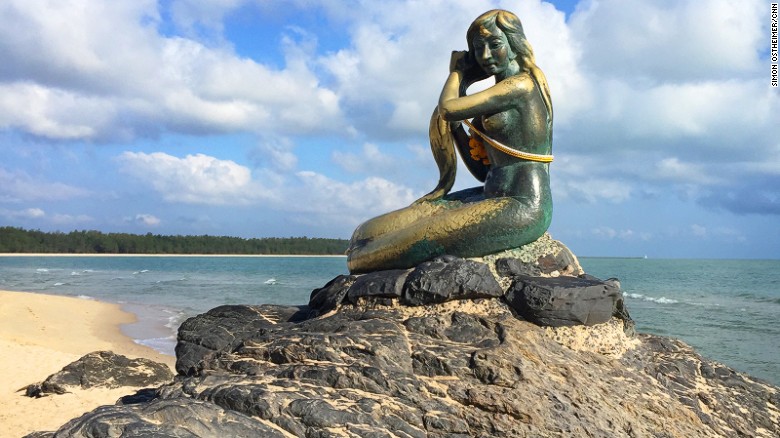 Unlike the Little Mermaid in Copenhagen, Songkhla's mermaid statue has a scenic backdrop.

Of all the southern cities, the ancient town of Songkhla is the most beautiful.

Once known as Singora, Songkhla was founded around 1600 by a Persian trader, who established a sultanate on the site.

The settlement grew and thrived for almost a century, attracting Portuguese, Dutch, French and Chinese traders, before its sultan angered the Thai rulers by declaring independence.

It was eventually destroyed by a Siamese army.

Visiting today, it's easy to feel that Songkhla -- despite being the official capital of Songkhla Province -- never really recovered from the devastation.

However, what it lacks in pizzazz and commerce, it makes up for in charm.

The east side of the peninsula faces the Gulf of Thailand, and is lined by a five-kilometer-long beach, with clean sand, fresh breezes and strong currents.

On the west coast lies the vast but shallow Songkhla Lake, fed by both seawater and freshwater depending on the season.

It offers a safe harbor for ships, including supply vessels that sail to oil rigs offshore.

The famous mermaid statue at Samilia on the north coast offers the best selfie opportunity.

Most charming of all is the old town Khao Tang Kuan, with its traditional Chinese shophouses hosting local restaurants and businesses.

The shrimp cakes at the Blue Smile Cafe are some of the old town's treasures.

Also in the area is the small but interesting Songkhla National Museum.

Getting there: Direct flights from Kuala Lumpur, Singapore and Bangkok to Hat Yai Airport 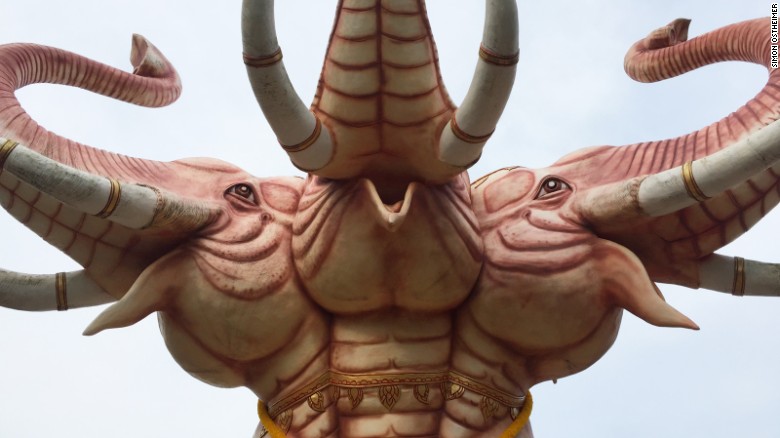 Hat Yai Municipal Park is home to this statue of Erawan, the three-headed elephant.

Having historically played second fiddle to the provincial capital Songkhla, in the last few decades Hat Yai has grown to become the kingdom's fourth largest city.

With a predominance of ethnic Malays and Chinese, the city bears a similar social makeup to Malaysia, which is just 60 kilometers to the south.

It's not uncommon to hear the locals speaking Mandarin or -- among older people -- the Teochew dialect.

The town is a popular weekend destination for Malaysians.

As Thailand's commercial center in the south, Hat Yai has a downtown full of highrises and malls, including Central Festival, Lee Garden Plaza and Robinson.

Found alongside these are the city's many street markets, including the popular ASEAN night market, a labyrinth of stalls selling bags, shoes, clothes, souvenirs and a food alley serving street food of all descriptions.

A favorite is the deep-fried chicken skin with spicy vinegar.

The best times to experience Hat Yai are during Chinese New Year (in January or February) or Songkran (Thai New Year), usually held around the middle of April.

Be warned -- Songkran is famous for its widespread water fights.

The relatively new Hat Yai cable car takes visitors to the hilltop of Hat Yai Municipal Park and offers a unique view of the city.

The 535-meter-long ride currently connects just two stations and takes only a few minutes, but it makes a great way to end a tour of the cities of the south.