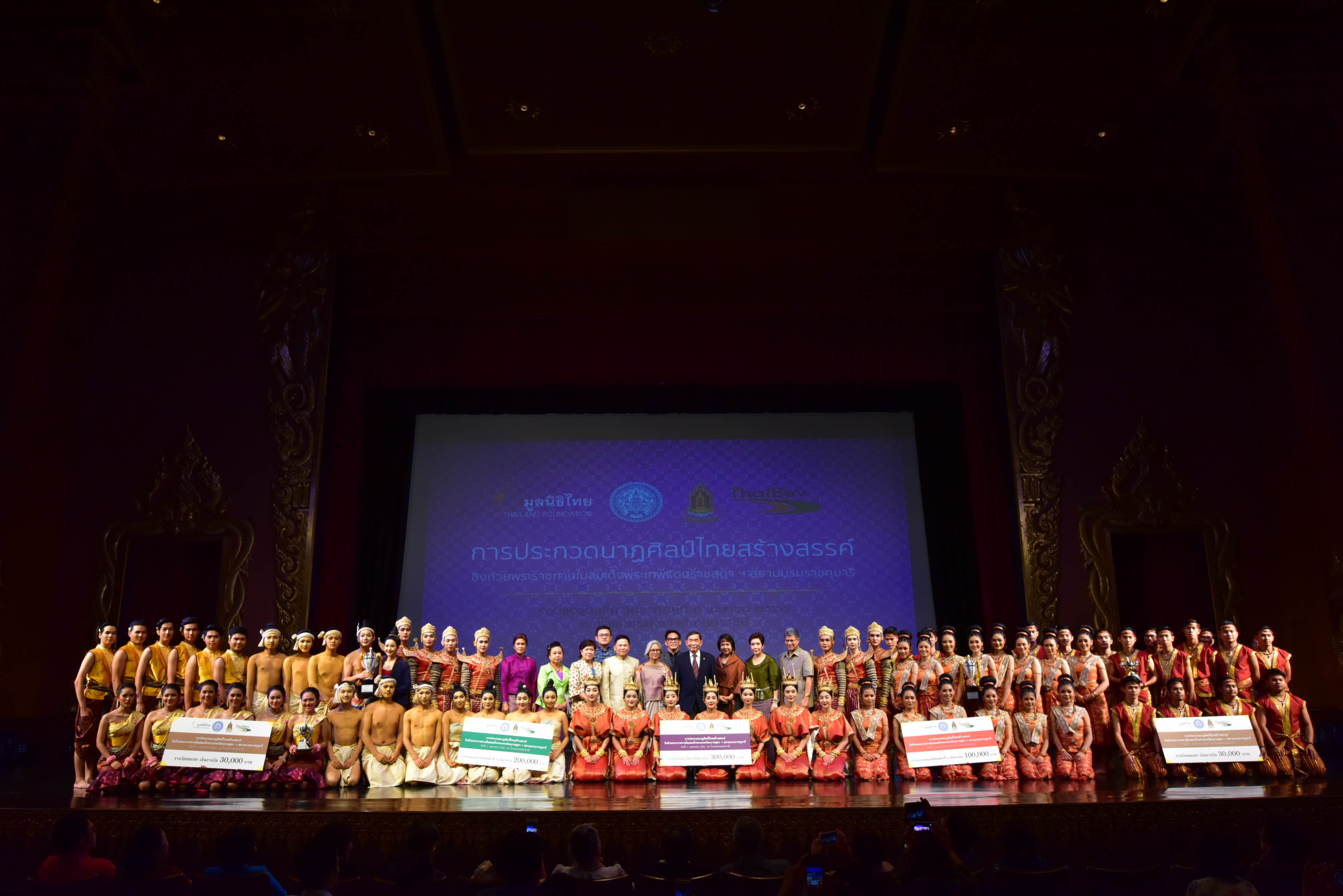 Mr. Saroj Chavanaviraj, Secretary-General of Thailand Foundation together with Associate Professor Ornchuma Yuthawong, Chairperson of the Jury Committee of the Creative Thai Classical Dance Contest and other members of the Committee congratulated the contestants  who won the prizes in the contest at the National Theatre on Sunday, 1 April 2018.